Jason Wilson is the leader and writer of Soldiers of Song and an accomplished musician and author. He is a two-time Juno-Awards nominee and Canadian Reggae Music Award winner. Wilson was the on-stage musical director for the award-winning project Jamaica to Toronto (NOW Magazine Album of the Year 2006) and is also one-half of the reggae-folk combo Wilson & Swarbrick. Jason was presented with The Karl Mullings Memorial Award for commitment to reggae in Canada in 2007. No other Canadian reggae artist has toured as much as Wilson in the past ten years. With intriguing lyrical imagery — mostly culled from moments in history — Wilson presents a uniquely irresistible take on the Jamaican art form.

He is the author of four books, including Soldiers of Song: The Dumbells and Other Canadian Concert Parties of the First World War and the award-winning Lord Stanley: The Man Behind the Cup. Wilson has been published several times in both academic and popular journals on a wide variety of historical topics. Much of the material found on Wilson's five critically acclaimed albums have largely been inspired by events in Canadian history.

For a complete discography, show dates and other information, visit:

The Dumbells and Other Canadian Concert Parties

Among the pioneers of sketch comedy, the Dumbells are an important piece of Canada's cultural history. These First World War soldier-entertainers not only boosted the morale of Canadian soldiers, but also found success in London's West End and became the first Canadian production to score a hit on Broadway. The group toured Canada for over a decade after war's end. If nationhood was won at Vimy, the Dumbells provided the country with its earliest soundtrack.

Soldiers of Song: The Dumbells and Other Canadian Concert Parties of the First World War was published in November 2012 by Wilfrid Laurier University Press and is still available from their website. 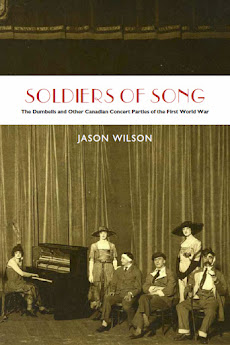 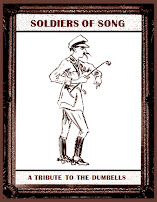